Scott Cochran, president of institutional and new markets at F&G

This article was originally published by Life Annuity Specialist on October 15, 2021.The pension buyout market is getting more crowded, with newcomers angling for deals that often involve taking over hundreds of millions of dollars of future payment obligations.

They’re competing for a slice of sales that doubled in the second quarter, to $4.97 billion for single-premium buyouts, according to Secure Retirement Institute.

“We've got a very strong start out of the gate,” Scott Cochran, president of institutional and new markets at F&G. “I'm really pleased with the success that the teams have.”

In September, the company said it surpassed $2 billion in sales after closing on multiple deals in the third quarter covering $375 million in pension obligations and 11,000 plan participants.

F&G has recruited people with expertise in the market segment, including in the areas of investments, pricing and administration. F&G has partnered with Alight, a third-party administrator of defined benefit plans, Cochran said.

He noted that the institutional arm is supported by asset manager Blackstone, as with the company’s retail annuity business. 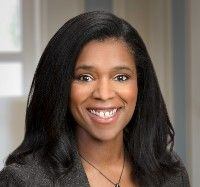 Multiline insurer Nationwide has built a team, in part with people recruited externally, who knew how to price group annuity contracts and ensure the carrier had the capacity to support new business opportunities. The insurer also bolstered its digital capabilities and equipped its call center to service inquiries from participants, according to Paula Cole, head of Nationwide's pension risk transfer business.

The company has focused since its reentry on small to midsize plans that are easier to price and manage but expects to branch out. “We aspire to be able to support all segments and market sizes,” she said.

At Sammons Financial, the first quarter was relatively slow, but business is picking up and will surpass the company’s goals for the year, according to Joe Paul, senior VP of corporate markets at the carrier.

The pension risk transfer market is very large, with many opportunities to bid on new cases, he said in an email. “It is also competitive, and we have succeeded through thoughtful, rational pricing.”

Karen Grote, senior director of insurance consulting and technology at Willis Towers Watson, said that carriers are trying to gain a competitive edge by offloading blocks of policies to reinsurers able to generate higher investment yields — a trend she expects to increase. And whereas previously carriers offered a flat group annuity price quote for a single point in time, many now also establish rules for adjusting the quote if, for example, the plan sponsor ends up transferring pension plan obligations to the insurer months later.

A first hurdle for any new company in the segment is winning new business. The Department of Labor requires pension plan sponsors to select the safest available group annuity option. That can be challenging for carriers without an established track record or less-than-sterling finances.

Starting out small can be tough because, as Willis Towers Watson's Grote observes, many carriers bid on the smaller pension plans that are easier to price and administer. 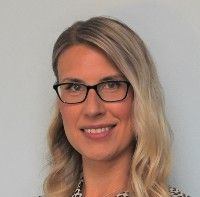 Karen Grote, a senior director of insurance consulting and technology at Willis

Competition eases for the largest programs, valued at $1 billion or more in liabilities.

Ari Jacobs, a senior partner at Aon, says companies looking to offload pensions may be reluctant to use certain carriers if warning signs pop up. These include a lack of business diversification, low capital or credit ratings, and a substandard capacity to administer a plan.

To set themselves apart, new entrants sometimes charge less than other insurers would on their group annuity contracts, he notes. That can result in thinner profit margins.

Potentially the most lucrative opportunities for both new market entrants and industry incumbents, but also the most complex and riskiest to price, are deals involving “deferred lives.” The term refers to people still in the workforce whose pension obligations may not come due for several decades.

A key challenge, observes F&G’s Cochran, is identifying sufficiently attractive investments that match the long duration of the policy liabilities to be supported. He expects that more carriers will navigate to these plans, both because of the high earnings potential and reduced competition in the segment relative to plans with commitments mainly to retirees.

Cochran expressed confidence in F&G's ability to take over these plans, but cautioned that the carrier still has work to do. That will entail, he noted, an assessment of the risks and plans for managing them, as well as determining where in the market segment the company will most likely be successful.

Nationwide’s Cole said the company is equipping its team to support such future pension obligations — and not just for deals involving an entire plan. The insurer is also aiming to transact “lift-outs” where the employer transfers some of its pension liabilities to the insurer.

“We have in our back pocket the ability to support deferred lives,” she said. “We wanted to make sure that we complemented the market need and this market need is evolving.”